A law enforcement official of the Greater Oudtshoorn Municipality, Donovan le Roux (47), passed away on Saturday (12 September) after he fell ill with Covid-19.

Le Roux, who joined the Municipality in February 2013, is the second official in the Oudtshoorn Municipality who succumbed to Covid-19 related illness. He passed away at the George Provincial Hospital.

Patrick Jordaan, Chief of Traffic Services and Law Enforcement, says Le Roux was admitted at the George Provincial Hospital on 25 August 2020, after complaining of not feeling well. “This is devastating. His death is a huge loss for the municipality and the law enforcement.

“We lost a reliable, honest person with great character who always did his job diligently. His colleagues admired him for his modesty and introverted personality,” Jordaan added.

The mayor of the Greater Oudtshoorn, Chris Macpherson, said: “We are deeply saddened by the passing of such a great colleague and we pray that the family, friends and colleagues may be comforted during this difficult time.”

To commemorate Le Roux, law enforcement and colleagues will lead a drive through on Wednesday (16 September) passing his home at 1356 Eland Road, Bridgton at 12:00.

Le Roux will be laid to rest on Saturday at his home at 11:00. He survived by his wife Nicolene, two children and one grandchild.

(Issued by the Oudtshoorn Municipality) 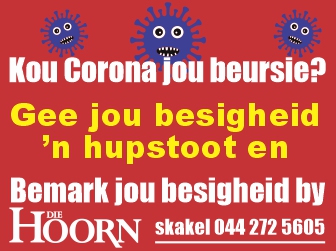 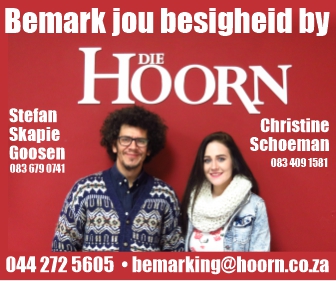